NEW DELHI: India on Wed- nesday successfully tested the extended range BrahMos supersonic cruise missile, which has emerged as a primary precision-strike conventional weapon for the armed forces, from the integrated test range at Balasore in Odisha. 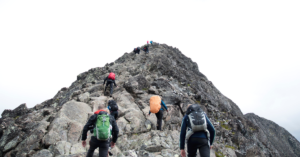 Defence sources said the new BrahMos missile can strike targets over 400-km away with pin-point accuracy. This was the third test of the extended range land-attack BrahMos cruise missile, which has an indigenous airframe, booster and many other subsystems.

Previous articleHow To Get The Right Certified Translation Services In The Bay Area CA
Next articleFull Refund For Air Tickets Booked Amid Lockdown: What Supreme Court Said

Brentwood, TN, 22nd April 2021, ZEXPRWIRE – We are excited to announce that our Extraordinary People Awards team selected Robin Shockley as the...
News

Los Angeles, CA, 22, April 2021, ZEXPRWIRE, Actor blaison comeaux aka (tokyoblaison) will sign his first movie deal at the age of 27. He...
News

Why The 3d Road Models Have To Be Purchased in Online?

Why The 3d Road Models Have To Be Purchased in Online?

From Startup to Success Story — Morpheus.Network is Transforming Global Trade With Blockchain

Fashion with passion- by women, and for women

Entrepreneur Nadim Zidan Is Not A Political Candidate